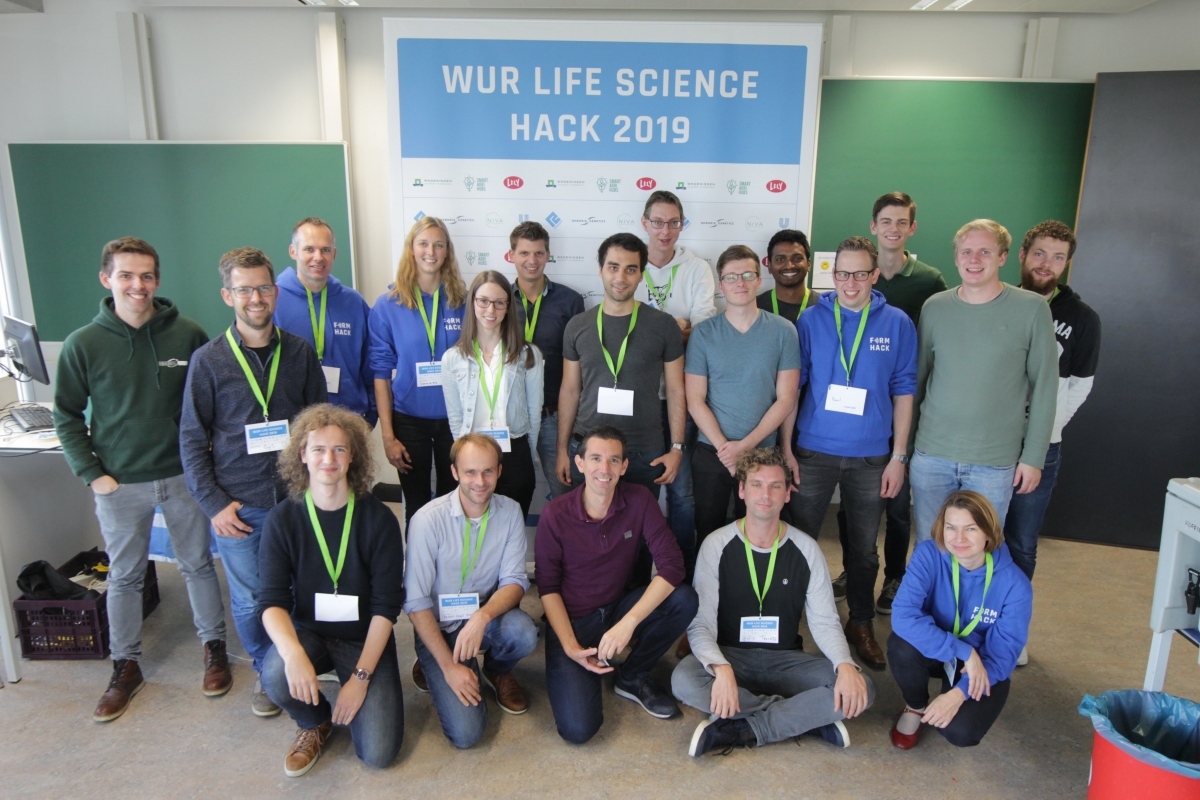 I’m not so much into hackathons anymore, but I’m always willing to make an exception for hacking farming data.

This time not as a participant, but as a data mentor, I took part in the WUR Life Sciences Hack organized by FarmHack.

I was helping out on a challenge provided by Lely – a manufacturer of milking robots – and Rovecom – a company who’s software computes the ideal diet for every cow.

The challenge: provide insights into the relation between the cow’s input and output.

The challenge was very popular among the participants, probably thanks to the excellent dataset provided. We managed to form three teams of which two ended up among the (three) hackathon winners.

The winner – team Betsie – was manned mostly by the founders of the Track32 company and one WUR student they adopted. They used linear regression to show clear relationships between certain diet ingredients and cow’s heath and milk quantity and quality. They also identified a number of missing variables, such as amount of grass/hay consumed. They proposed a creative way of collecting this data using cameras and image processing software. Not surprisingly, as image processing seems to be their core business :-). Cool stuff.

The second runner up – team DairyBite – organized a mini-Kaggle competition to come up with the best predictive model. They also hacked together a cute Vue.js fronted app that really impressed the jury. And they designed a cool logo – definitely the best logo of this hackathon.

Hopefully these excellent results will help Rovecom and Lely to figure out even better ways of feeding cows and making them happier. And who knows, maybe that will make our farmers also happier.
If you’re interested in cow hacking, check also our other blog posts here and here, and also my slides on CowTech.