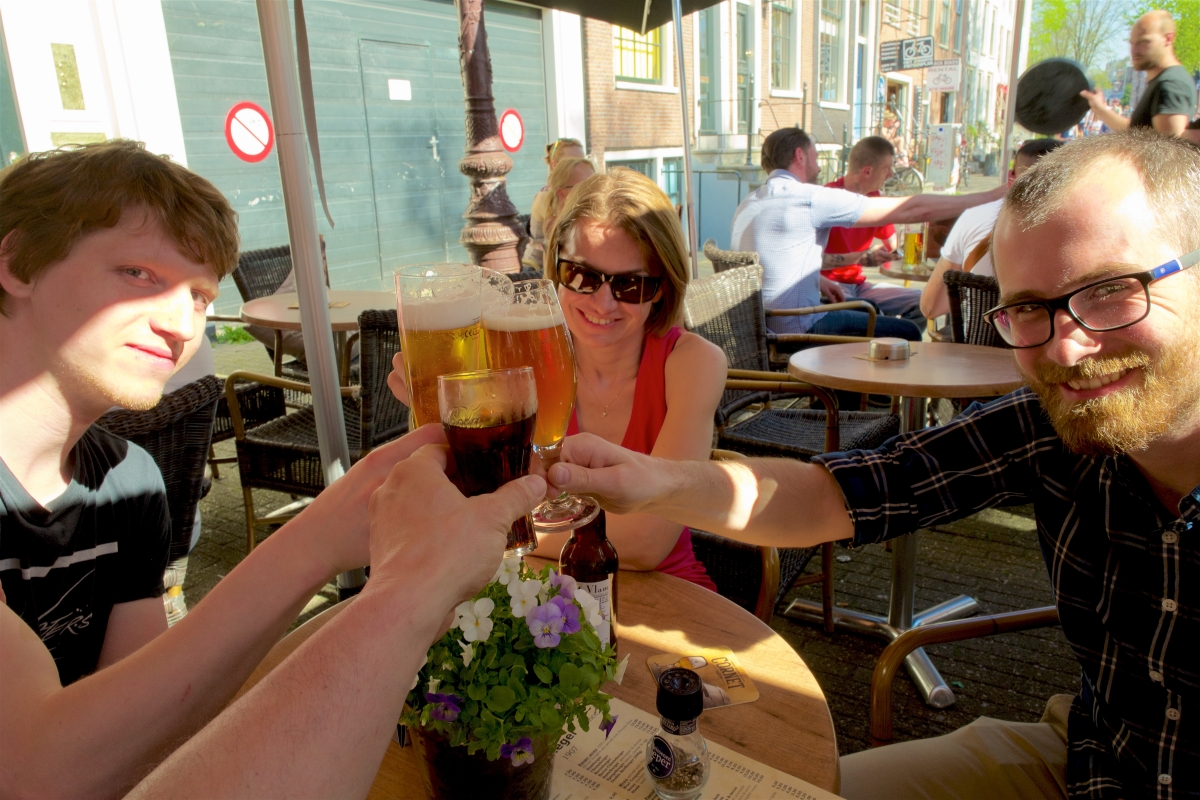 Hard to believe, but it’s been already 5 years since we started Coders Co. It’s been quite a rollercoaster, full of ups and even more downs. We’ve learned so incredibly much, mostly by making mistakes and failing miserably. We had a lot of fun and a lot of frustration. We hired some great people and then we lost some of them. Luckily, none of them seems to hate us, which is probably our most important achievement. After all, the main reason to start Coders Co. was to create a company that’s nice to work for.

Coders Co. was born out of frustration. We are good coders, motivated and dedicated to our work. Our skills are in high demand. Too often, however, our lives were made miserable by layers of crazy management. So we thought: let’s start our own company, a company by coders and for coders, coders’ company, Coders Co. A place where coders are happy.
A so we did. We left our secure and well-paid jobs behind and started this adventure. We were so incredibly naive.

Our fist idea was very simple: let’s build iPhone apps. It’s fun and easy: you write code and then put your app in the AppStore where it sells itself. That would bring us some money which would support us while we’re working on more serious software products. Great idea, right? Wrong.
We quickly found out that pretty much everybody else was also building apps. And that the AppStore was so crowded that your shiny new app would quickly drown in a pile of other shiny new apps. To generate any interest, you’d need to spend a lot of money on marketing. And a coders company didn’t have a marketing department.

Our next endavour was Rax: a tool for behavioral data analytics. We spent over a year developing it and it is a great tool. We managed to generate quite some interest: we pitched it to Werner Vogels, the CTO of Amazon and we got free Redshift credits to port Rax to Redshift. Pointlogic wanted to partner with us to develop and sell Rax further. We have a number of big companies as paying customers: INTAGE – the biggest Japanese market research company, PGGM – one of the largest Dutch pension funds, Partena – a large Belgian payrolling company. And we use Rax a lot ourselves, as it really makes a data scientist’s life easier.
But in the end Rax stayed a niche product for a very narrow group of people: nerdy data analysts who like to learn new programming languages. We needed more than Rax license fees to make our ends meet.

To sell more Rax licenses we were looking for a killer app – an application that would really let Rax shine. And we found one: customer-journey analytics. Customer Journey is one of the biggest buzzwords in marketing analytics (currently only trumped by GDPR) and Rax is a great tool for analysing customer journeys. After all, a customer journey is just a sequence of events, and Rax, with its advanced temporal features and ability to process large amounts of data, is great for processing sequences of events.
Since we’re coders, we approached the problem of customer journeys in a coders’ way: we developed a cool new algorithm for segmenting the journeys. We wrapped it in an API. We built a web-based interactive dashboard. We called it Journeylytics. We had fun. Only then we thought: wait, it’s not enough to build something. Now we also need to sell it…
Only at this point, more than two years into our startup adventure we started to seriously think about sales. We hired a sales consultancy (Twotone) and then our first salesperson.
From this point things started to look up. We didn’t sell any Journeylytics licenses. But we did start to sell data-analytics services.

In 2017 we took part in five hackathons, of which we won three and took the second place in the other two:

And the reason for these successes was always the same: apparently we knew, better than other teams, how to turn data into business value.

Through all the hackatons we discovered that there is so much interesting work for data scientists outside marketing and finance. We met a lot of interesting people of which some eventually turned into our customers. So we decided to pivot one more time, and from a marketing analytics company we turned into a full-stack data science consultancy. We still do a lot of marketing analytics, but we also have customers in other sectors:

And we love it. Things are going well now. Rather than having a problem with filling our time, we have a problem with scheduling all the assignments. We will need to think about hiring soon.