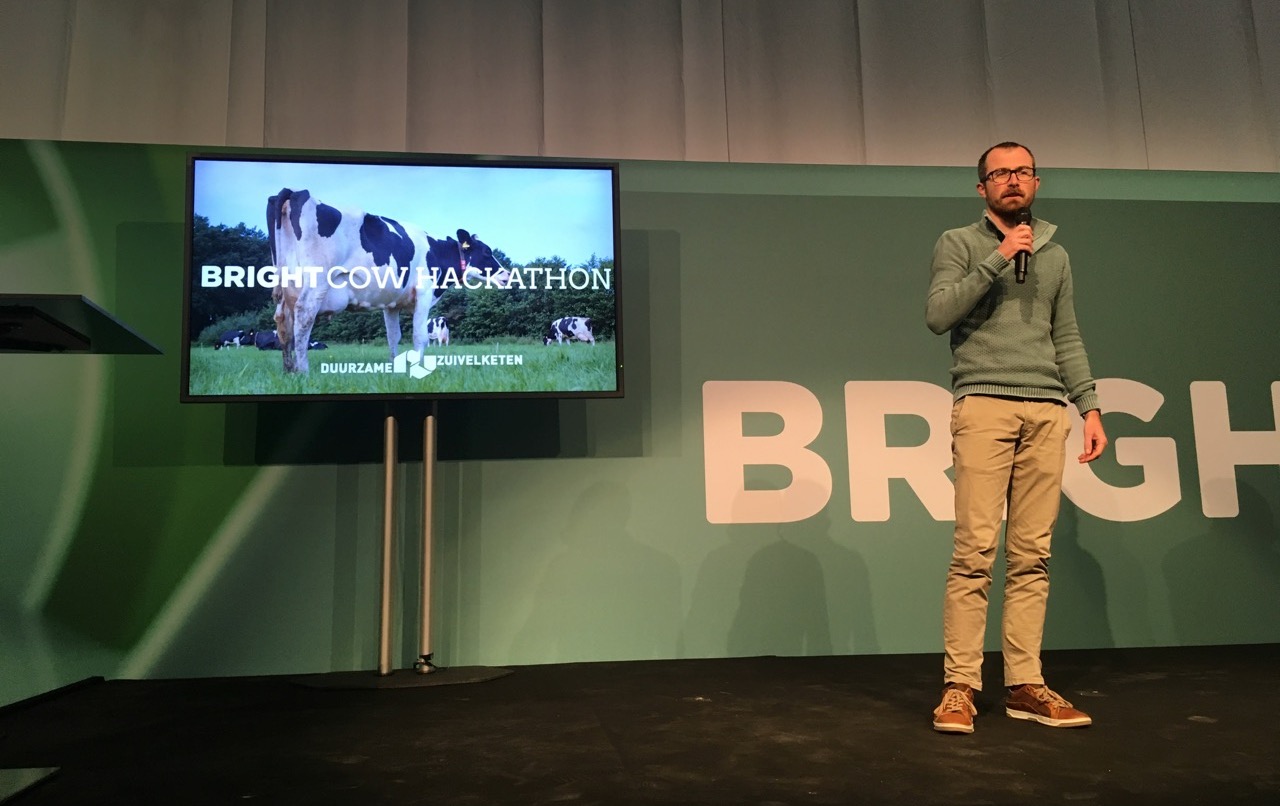 Last week we participated in the Bright Cow hackathon. Yes, it was as fun as you immediately imagined! We had the data on how much milk cows give up-to a nipple level! The farmers and the dairy industry like their cows to be healthy, so they produce more milk, and everybody is happy.

I was amazed how technologically advanced the farmers and their farms are! There are dashboards and apps that show progress and status of cows’ health and activities. The cows milk themselves using a robot. The robots provide food in exchange for milk. The more milk a cow produces, the more food she is allowed to get.
There are four different types of food a cow gets at the farm we had the data from. We searched the web and saw an opportunity in making cows happy and healthy by improving their diets. We decided to use, so-called, AB testing approach to take nutrition of cows to the next level.

The idea is very intuitive and yet scientific:

Companies like booking.com run thousands of experiments like this at any given moment of time. That is why the version of the website you see is often a little bit different. They vary the position of windows, colors of buttons, fonts and font sizes. By changing your product, you can gradually improve conversion, customer satisfaction, or happiness of a cow for this matter!

THE DATA SCIENCE BEHIND IT

We used generalized autoregressive score models to estimate unobserved factors that explain variation in the milk production of cows to create a digital fingerprint of a cow.

Then, we used those fingerprints as input for a clustering algorithm to form similar groups of cows for AB testing. Contact us if you want to know more about the methodology. Write to us, if your company wants to do machine learning, but doesn’t know how.

The hackathon took place during the Bright Day in Utrecht. It was fun to stroll around and see cool stands with robot fights and drones. I wanted to play roborally right away! Moreover, there was a big stage and two of the youtube stars I like, Simone Giertz and Casey Neistat, paid a visit. I was excited to see them, although you can’t interact with them in such environment.

We came in second in this hackathon. The jury confessed to us that they had a hard time choosing between us and the other team, that eventually won. So we’re still happy. What’s more exciting, however, is that we heard from Dutch Dairy Association that they’re interested in developing our idea further, as it has the potential of improving the efficiency of the whole Dutch dairy sector. We’re very excited about this opportunity.
Thanks to organizers for having us and we are off to another dairy hackathon at the end of the month. We’ll keep you posted!